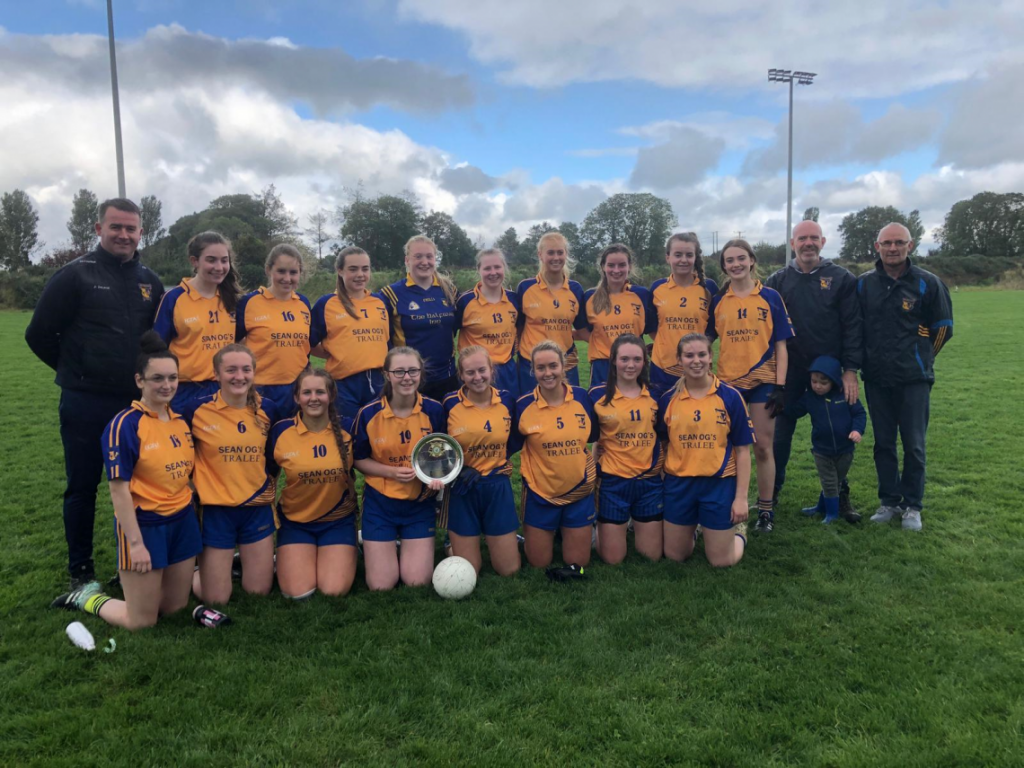 Well done to our Minor team who defeated Glenflesk on Sunday 29th in the County Minor League final. A fantastic display of ladies football which ended extra time. Well done to all players and management.
Full Time score:
Ballymac 4-20 Glenflesk 8-05

Played in Connolly Park on Thursday evening last the girls put on a great performance to win a very entertaining game to kick start the North Kerry League competition. From Lorna Daly in goals who brought off some great saves to Cora Savage and Yvonne Hurley in the full forward line, every player played their part. Roisin Long and Emma Leen in the full back line made some great blocks and interventions throughoutg, ably helped by Grainne Galvin and Shonagh Griffin in the half back line. Emily O Brien and Alyssa Leen dictated proceedings in mid field and our under fourteen girls Roisin Rahilly, Ella Quirke and Rachel Griffin made up the half forward line causing huge problems for the Stacks defence. Cora Savage ended up top scorer in the game , finishing numerous scoring chances with aplomb, probably the main difference between the two sides. Austin Stacks, even though trying to bridge a big lead on us , played out the game in a determined fashion to the final whistle . Well done to our girls and mentors. 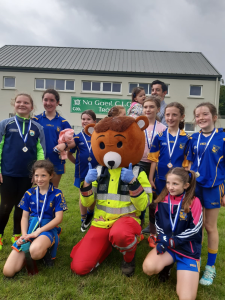 The U10 Girls had the Annual Carmel O’ Connor Garda blitz on Saturday 21st September in Na Gaeil. 9 girls showed up and Ballymac gave a great performance winning all three of their games. Medals were presented for all participants at the end and donations on the day were greatly recieved by the Irish Red Cross.

Well done to all involved. 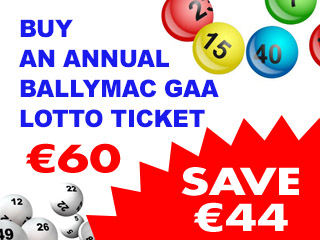