A blistering open 10 minutes by Kerins O Rahillys quickly put this game to bed but a resolute Ballymac never gave up as the game petered out on a final score of 4-10 to 0-9. 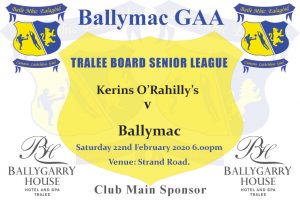 Two quick points from the home side gave them an early advantage before three turnovers on kick-outs left the Tralee men with goal chances which they took with aplomb.

At this stage the Ballymac men could have thrown in the towel but they responded with three points and looked lively on the attack. However no goal chances fell their way and the score at the half was 3-7 to 0-3.

Assisted by the wind and a renewed attitude as the second half began the men in blue and gold scoredd 5 of the first 6 points to make the game a contest.
However a goal against the run of play stretched the lead again to 12 before late points were traded between the teams.
Ballymac never gave up but the deficit was too large and the Tralee side ran out deserving winners.

Ballymac GAA Lotto  Jackpot is now €6,400.00 and the draw takes place in Kielduff Community Centre tomorrow
CLICK HERE NOW TO PLAY and you could win €6400.00 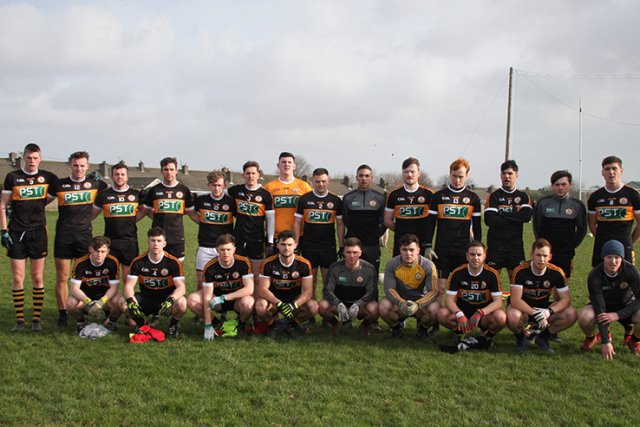 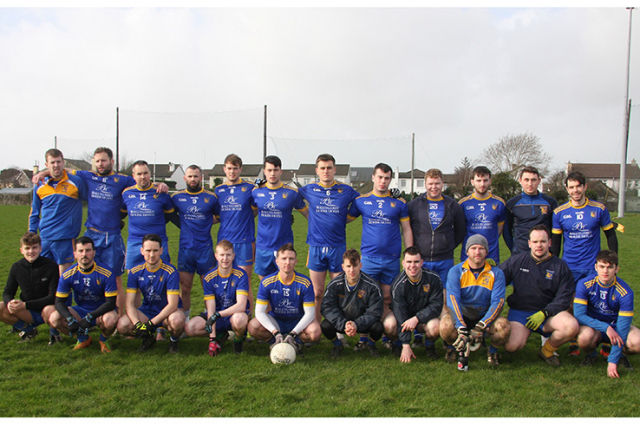 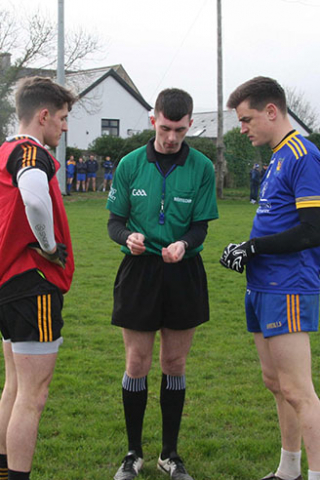 The remaining Tralee League fixtures are as follows: