Ballymac GAA Club AGM 2020
History was made in Ballymac GAA Club on Sunday last when our AGM was held via ZOOM. Great credit to Fionnán Fitzgerald and Mike Sweeney who organised the meeting. It went off very well and was a novelty. Despite this, we hope we can all meet in person for our AGM of 2021!

Fionnán Fitzgerald reported on the club’s activities for 2020 in a very comprehensive report that is available on our web site. The report highlighted how our world had changed since last January and how we have refocused our priorities to deal with the challenges we face now. Fionnán complemented all the club players, coaches, administrators, parents and everyone on how they focused and priorities health all year.

Chairman Mike Sweeney addressed the meeting and said the year was defined by our response to Covid and how we successfully coached and played our games despite all the obstacles in our way. Once we got a window to play, he said he was heartened by the response from coaches and players. He was grateful for the positive way everyone stuck to their tasks and took on extra burdens all year.
The chairman announced that Frank O’Rahilly was standing down as Manager of the senior team. He sincerely thanked Frank for all his time with the senior team and all the input he had into coaching and wellbeing in the club. It was a difficult task especially for Frank who had a very young family. He thanked Frank from everyone in the club.
No New Nominations to positions on the Officer Board had  been received and all were re-elected for 2021.

At the close of the meeting a motion of thanks to Frank O’Rahilly was passed. Everyone agreed that he had done great work on and off the field not only with the senior players but with the players in the club. Click Here for Secretaries Report to AGM 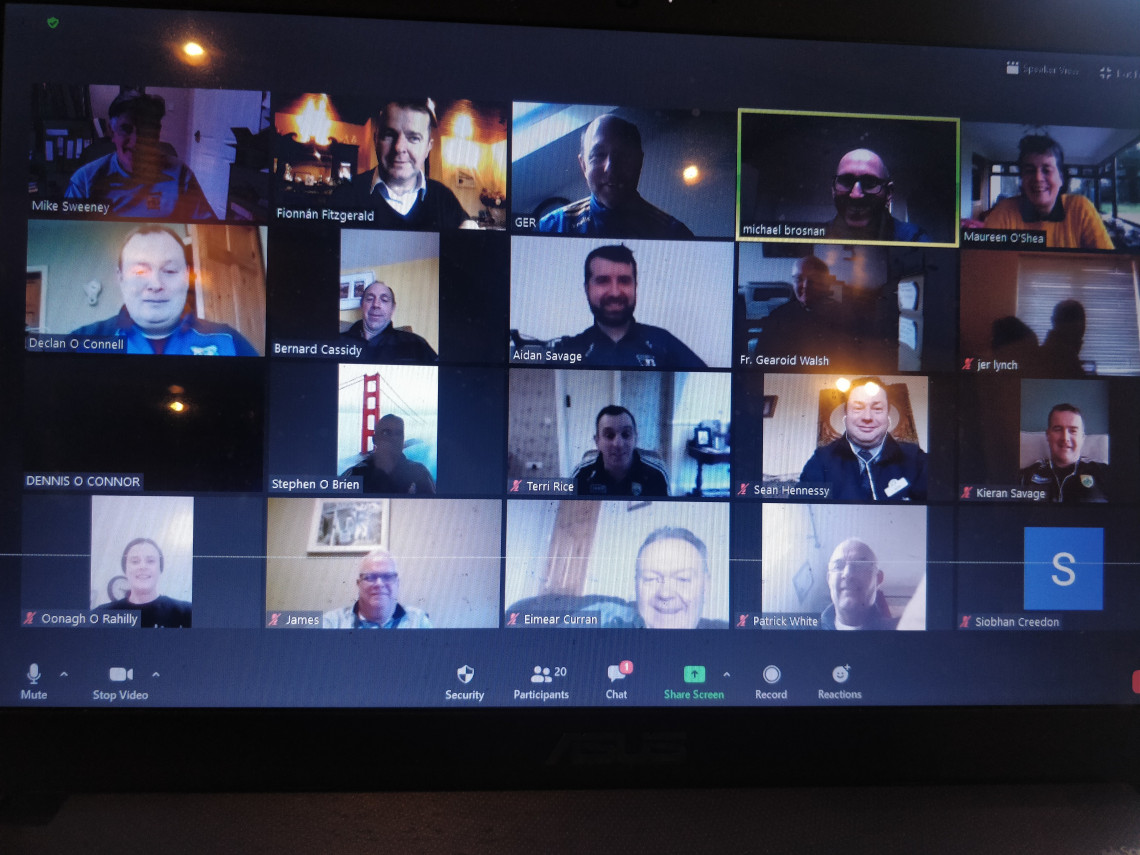