Ballymac Senior Team defeated Templenoe last Sunday and gained automatic promotion to  Divison 1 for 2021 (see match report and details of game below)
This was the final game in the League itself for 2022. This result meant Ballymac have also gained the automatic promotion spot to Division 1. St Mary’s also gained automatic promotion in the other side of the League.
On Saturday night next, we have a playoff game to see who goes up as champions to Division 1.
The game is fixed for Killorglin GAA at 7pm next Saturday night the 7th of August.
The attendance is maxed at 200
Entry to this game is by ticket only and no money will be taken at the gate.
Our Club can order 95 tickets for our supporters. They cost €8.00 each.
Any club member wishing to purchase a ticket for the game should contact our Club Secretary Fionnán Fitzgerald 087-9860441 by  7pm this Thursday to order their ticket.
Ballymac GAA Play Lotto supports our teams. Click here to enter and we thank you for your support . 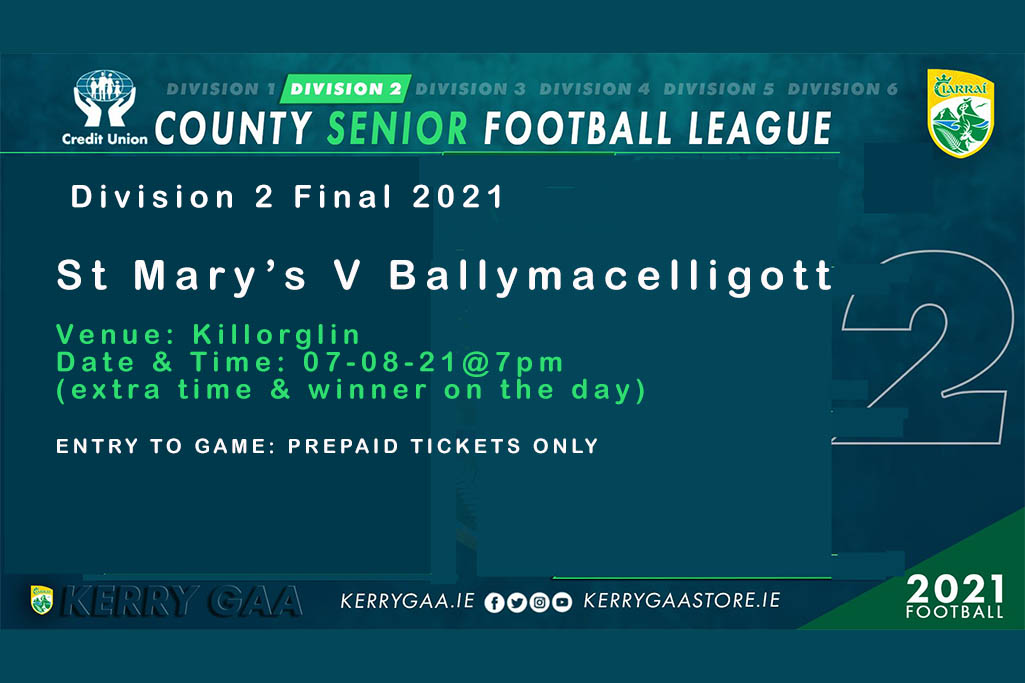 This was the final game in the League itself for 2022. This result meant Ballymac have also gained the automatic promotion spot to Division 1, as they had already seen off Gneeveguilla in the previous round, so they top the table on the head-to-head rule.

Congratulations to the players and management of our Senior Team on Sunday’s fantastic victory over Templemore.

To play in Division 1 for the first time in 20 years is a massive achievement both on and off the pitch. What the players on the panel and our management team Ruraí Rahilly, Tom O’Shea, Dennis O’Connor and Frank Rahilly have done for our Club and wider Community cannot be measured. It is a real good news story for everyone.

We in Ballymacelligott GAA are extremely proud of the achievements of this great group of players. We also thank Mike Sweeney and Fionnán Fitzgerald, Chairman and Secretary of our club for all the unseen administrative work behind the scenes. This past year and a half have been a very challenging and they have led by example.

We are also grateful to all our coaches, coaching officers and Coiste na nÓg officers for the work and free time given to all of our players over the past twenty years.  It’s the  culmination of all of this team work that has got us to Division 1.

We are very grateful to you our Club members and our wider community for your unwavering support for the Club Lotto and other club fundraisers over the years. It has helped put our club into Division 1 and the club is very grateful for your support.

Conditions were ideal in Templenoe on Sunday for this historic day for both clubs.  Aidan Breen opened the scoring with a point from a free. Templenoe hit back with 2 points in a row from Josh Crowley Holland and Brian Crowley. The former also went close with a goal chance, but our defenders and Brian Lonergan in goal saved the day.  Then 13 minutes in, Daniel O’Shea make a great run up the field evading the tackles of the Templenoe defenders, to fire the ball to the net for a goal. At the water break the score was  0-02 to 1-01 to Ballymac.

Templenoe  started well after the water break with Teddy Doyle nailing a placed ball from a difficult angle to bring back the deficit to one point.

Then Ballymac followed this up with two points and we were in the lead once again.  Templenoe lost Brian Crowley to injury in this period and he was a big loss to them.  Ballymac upped their game and hit 1-02 in quick succession over the other score.

After the break Ballymac pushed on and scored  the next three scores and Brian Lonergan made two great saves denying Templenoe two goals.

Just before the second water break Ballymac scored another goal and a point giving us a lead of 3-07 to 6 points going in to the last fifteen minutes of the game.

We wish Mike Sweeney speedy recovery from an injury he sustained in the game.

On Saturday next our Senior Team now play St Mary’s to determine who the Division 2 Champions are for 2021. The game is on in Killorglin at 7pm on Saturday 7th August. We wish them every success., 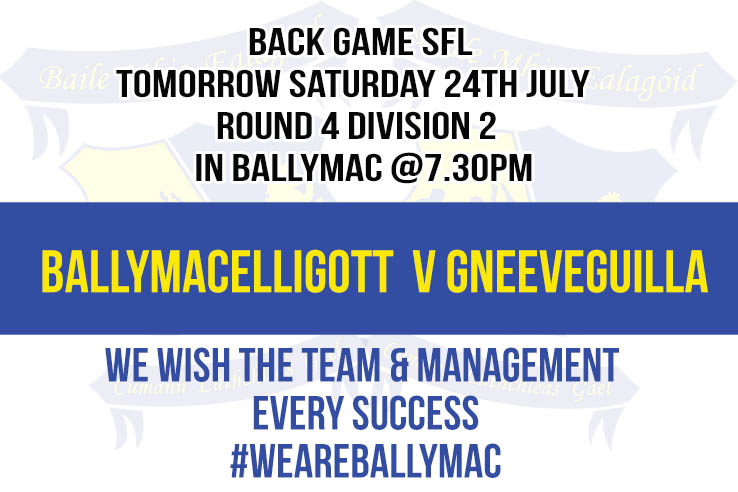