A thrilling contest in difficult conditions ended in a deserved draw 1-9 apiece between Ballymac and Dromid Pearses.

The game started in dramatic fashion when a quick free caught the Ballymac men unaware only for Dromid to spurn the glorious goal chance. Awoken by this near miss, some magnificent support play and running enabled the men in blue to chip over the first four points of the game.

The men from South Kerry to their credit would not throw in the towel and chipped away at the lead before a long ball into the full forward line was expertly caught and dispatched to the net to leave the teams level. Both teams traded points before Ballymac missed a glorious goal chance leaving Dromid in the lead by a point at the break.

However the men from South Kerry were stubborn and forced numerous turnovers to leave the teams level going into the last few minutes.

Ballymac would ruefully spurn another goal chance before taking the lead but the men from the south would not be denied and wonderful long range point would leave the teams level at the finish, 1-9 each. 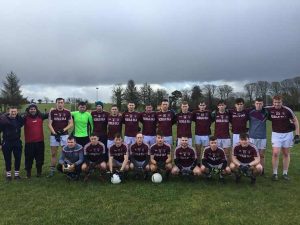 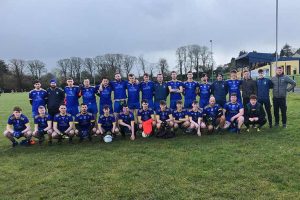