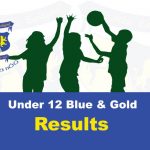 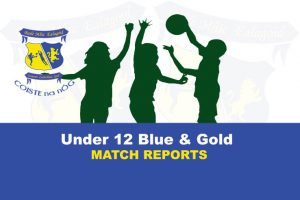 Another entertaining game played between two excellent footballing teams. Ballymac started the brighter but unfortunately didn’t capitalise on their overall dominance in possession with scores on the board.
Some outstanding defending from our backline was the highlight of the first half.
Stacks got the better start in the second half and to their credit were more efficient in front of goals. Ballymac boys did bounce back and finish out the game the stronger team. Stacks deservedly took the spoils this time which left both teams finishing joint top of their third different competition this year. Credit to both teams who now have great respect and a healthy rivalry built up which will hopefully continues as these players develop.
Ballymac Gold Team
Austin Stacks B 3-05
Ballymac Blues 4-15
On Monday Sept 9th our Gold Team travelled to Connolly Park in a must win game.  As always our boys put in a fantastic team effort and finished joint winners of the Central Region Competition.The boys showed great heart and defended solidly.
In the first half we played with the wind and made great use of it leading 3-11 to 1-1 at half time.
In the second half Stacks made a good come back but our boys defended admirably and were a credit to their trainers.
Goals from Luke Griffin(2),Michael Quirke  and Jorge Garcia helped us secure our victory.
Congratulations to these super boys who always show such wonderful team spirit.
The next game for our U12 Boys is V John Mitchels which is due to be played on the
17th September.