Our U12 boys traveled to Kerins O’Rahillys for round 3 of the County League on Sunday last.

It was a good day in the office for both of our boys teams recording comprehensive victories over the strand road sides.

As coaches we would like to commend all players on both teams for their dedication to training and their determination to improve.

The superb match day performances to date are just reward for their hard work, focus and team ethic which is all down to the players themselves.

We start as we mean to go on and look forward to more challenges ahead and our continued improvement as Blue and Gold Ballymac teams.

Our U12 Blue and Gold teams traveled to Kileen tonight to play Round 2 of the County League.

The Results were as follows: 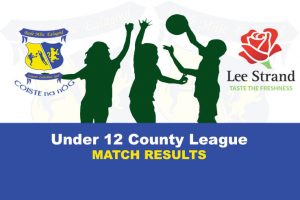 Well done to both teams and Mentors,

Our U12s had their first outing in the County League tonight Sunday 19th July.  Both the Blue and Gold teams  were at home to An Ghaeltacht.

The final scores were:

Our under 12 boys have been back in training for 3 weeks and putting in a massive effort under new coach Frank Donavan. Each training session has been fully attended by the boys who are really binding well and playing as a team.

We had our first taste of championship action at home on Sunday against a strong An  Ghaeltacht  squad.

Our blue team had a nervous start and went 4 points behind before Eoghan Joy opened our account.
Slowly but steadily we got into the game with some great passing moves and scores from Michael Quirke and Padraig Reidy.
Cian Gilroy was rock solid in the full back position.
In the second half we pulled away and at the final whistle we took the victory  5-10 to 2-08.

Our gold team settled well into the game with Shane Cassidy putting in some fine saves. Our midfield pairing of Liam Rahilly and Jack Collins dominated the centre of the pitch with Graham West our top scorer. The boys came out on top at the final whistle with a score of 5-15 to 2-07.

Next Sunday  sees our two teams travel to Kileen to play Na Gaeil at 6pm. The following week they are away to Kerins O’Rahillys at 6pm

We wish to thank all our volunteers who made tonight possible and put in that extra effort to make sure the games ran off smoothly. 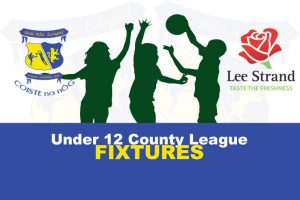 The full fixture lists are as follows:

Round 1 Sunday 19th June at 6pm
Ballymac V An Ghaeltacht.