Our Ballymac under 14 team faced a strong Milltown/Castlemaine  team in Division 9 County League final on a nippy evening of the 7th June 2019. The pitch in Currow was immaculately turned out for the occasion. Our captain Sam Mansfield ably guided a group from the under 14 panel that was supplemented by a group from the u12 squad.
Our boys started with vigor and established a good early lead.  Milltown/Castlemaine  battled back and scored a goal against the run of play late in the first half that brought the half time score to 2-6 to 1-4 in favour of Ballymac.

Milltown opened the second half with a brace of points and a great battle ensued with both teams scoring from breaks up the field. Ballymac were stronger with a 4 point lead at the end of normal full time but during injury time Milltown scored a goal and a point to leave both teams finishing in a draw (5-9 apiece).

A period of extra time 10 minutes a side was then played and the Ballymac team dug deep and scored 5 points to finish out indisputable winners on a score of 5-14 to 5-12.
Sam Mansfield complimented the Milltown/Castlemaine  team for a sporting game, the Currow club for a fine pitch and match officials and the Ballymac management.
It was concluded by all attending that our recent good results at U14 augers well for future success at the club.

Photo Caption: Our U14 Gold team with proud Grandfather Tony Riordan who’s grandson Alex Riordan donned No 15 in The County Final. Tony coached Ballymac Underage teams for years and coached many of the current players dads down through the years. Tony also trained Ballymac Senior Ladies for years and was a county selector when the County  Ladies won 9 All Irelands in a row. 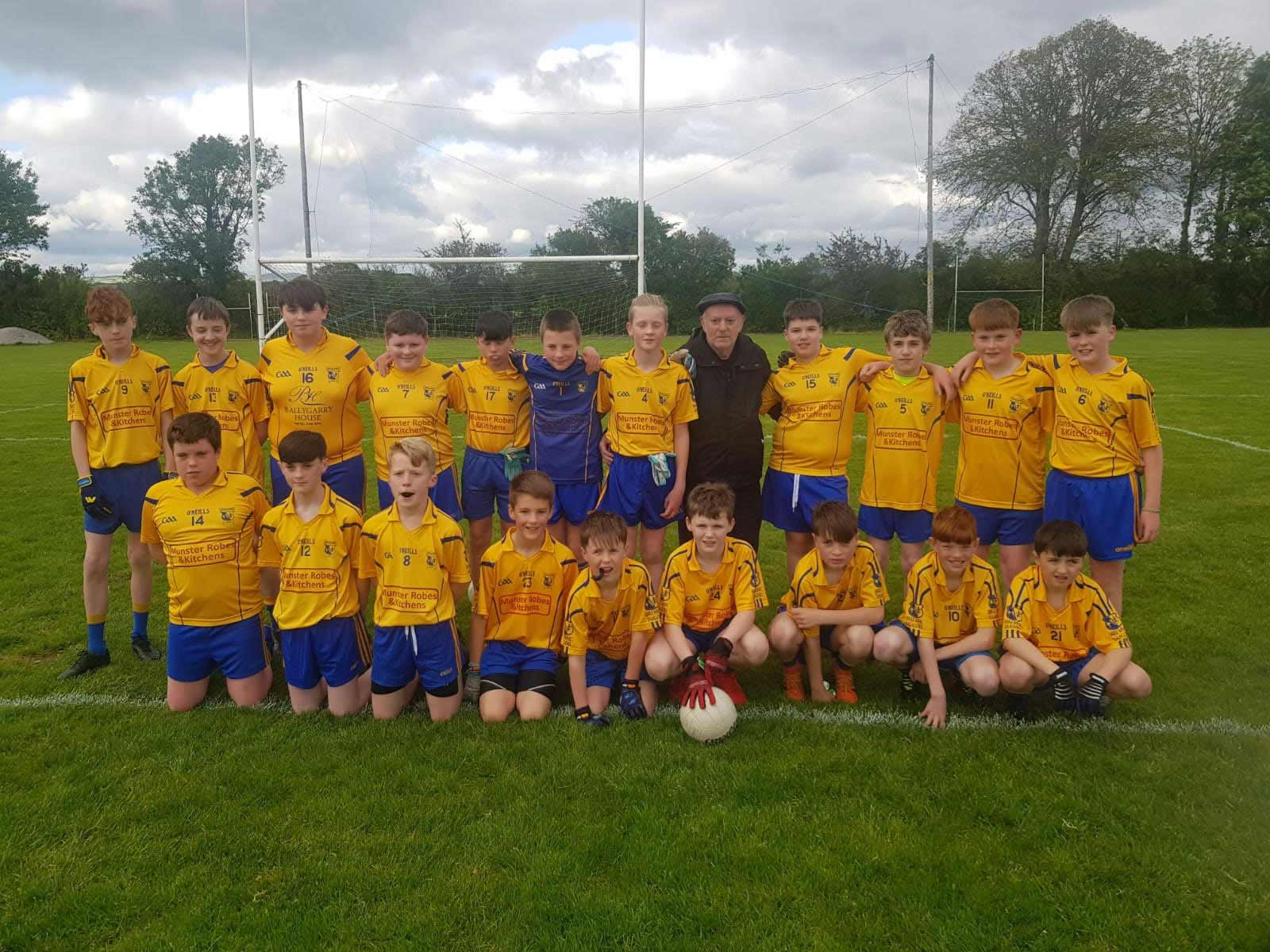