Last Wednesday night our U15 team won the Div 3 Central Region League Final and tonight the U15 Gold team were crowned the Division 10 winners of The U15 County League. Jer Lynch on behalf of Kerry Coiste na nÓg said Ballymac were awarded the Division 10 County League title following a review by The Kerry Coiste na nÓg. He congratulated the players, Management and the Club on this win. He said that that there are many Club Players who do not win a County League medal and it was a treasured medal to have.
He thanked Lee Strand for their sponsorship of the County League. They have been sponsoring Kerry Coiste na nÓg for over 36 years making them the longest Sponsor of Kerry GAA.
Tom Leen President of Ballymac GAA and long-term employee of Lee Strand presented the County League Division 10 trophy to the delighted Ballymac Captain Jamie Burke. Well done to all the players it’s been a great week and one to savour! Ballymac Abú!!
#weareballymac
#StrongerTogether
#CommunityMatters
CAPTAIN JAMIE BURKE WITH THE DIV 10 CO LEAGUE TROPHY 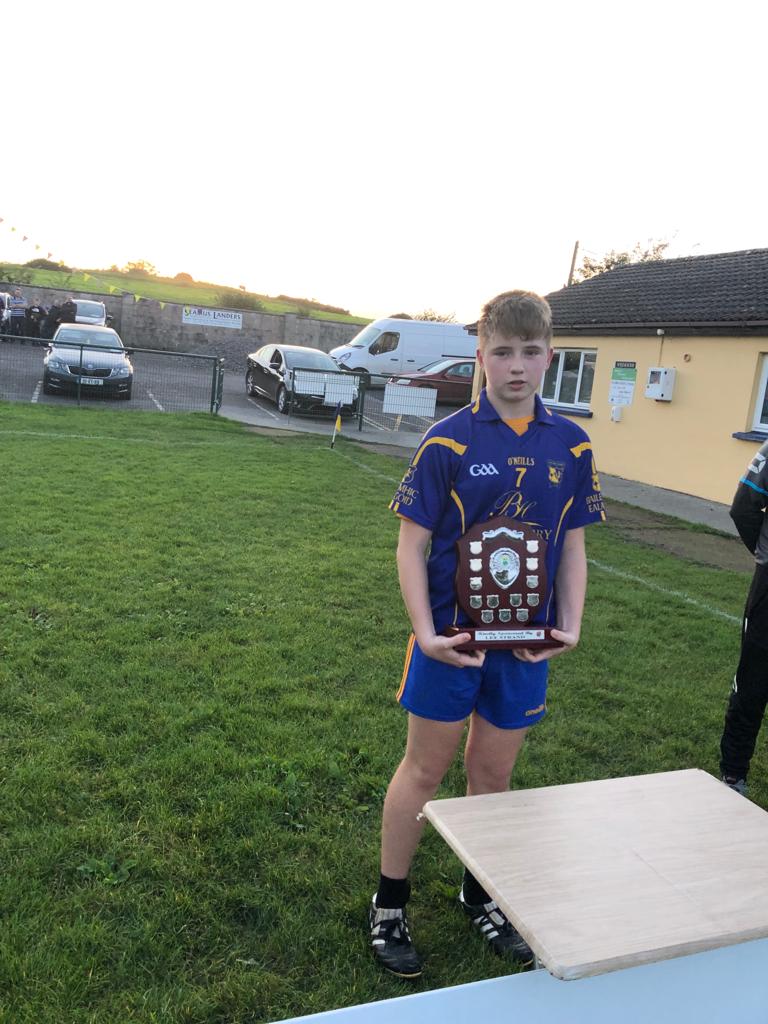 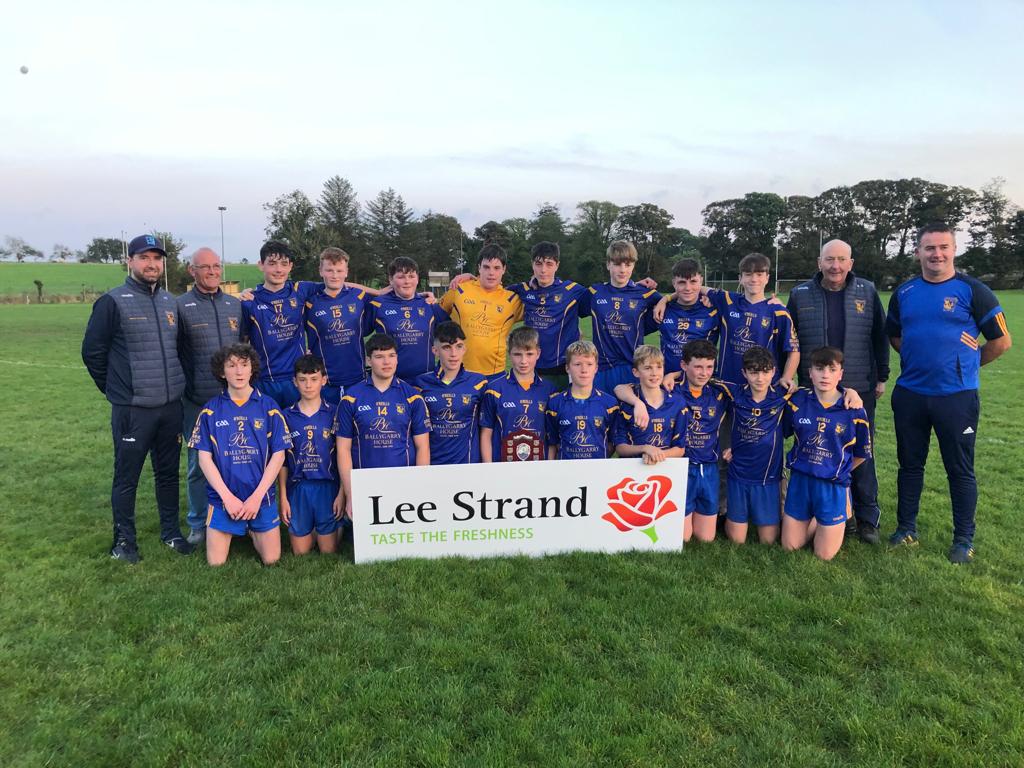 The U15 2021 panel with the Central League and County League Trophies! 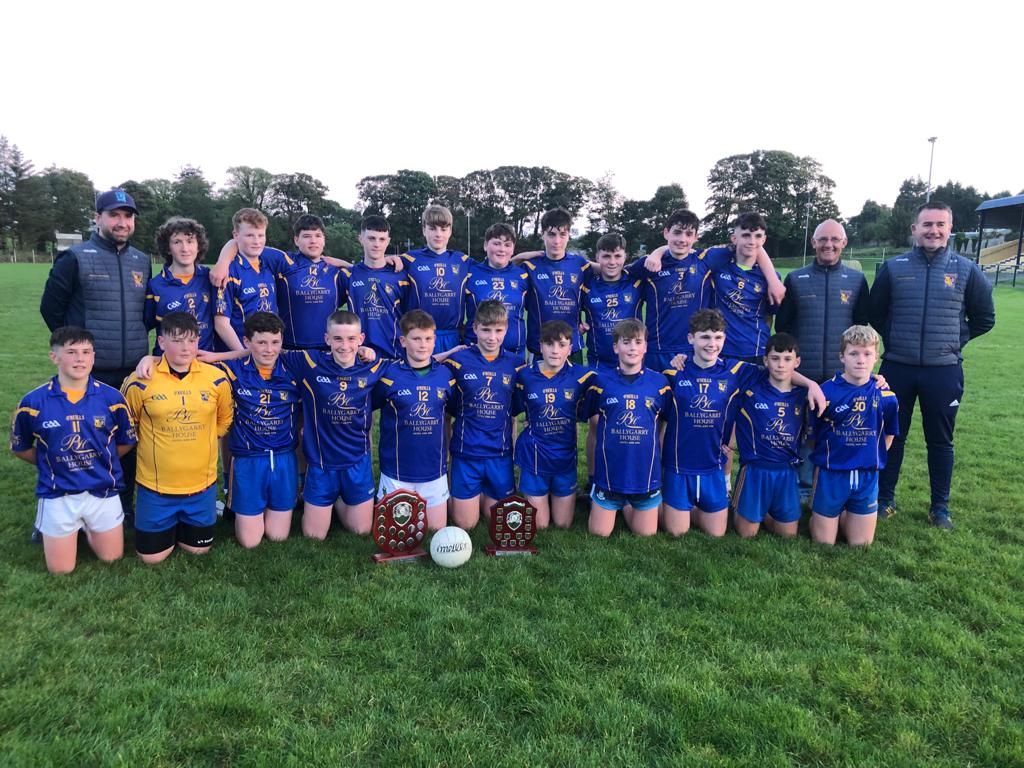 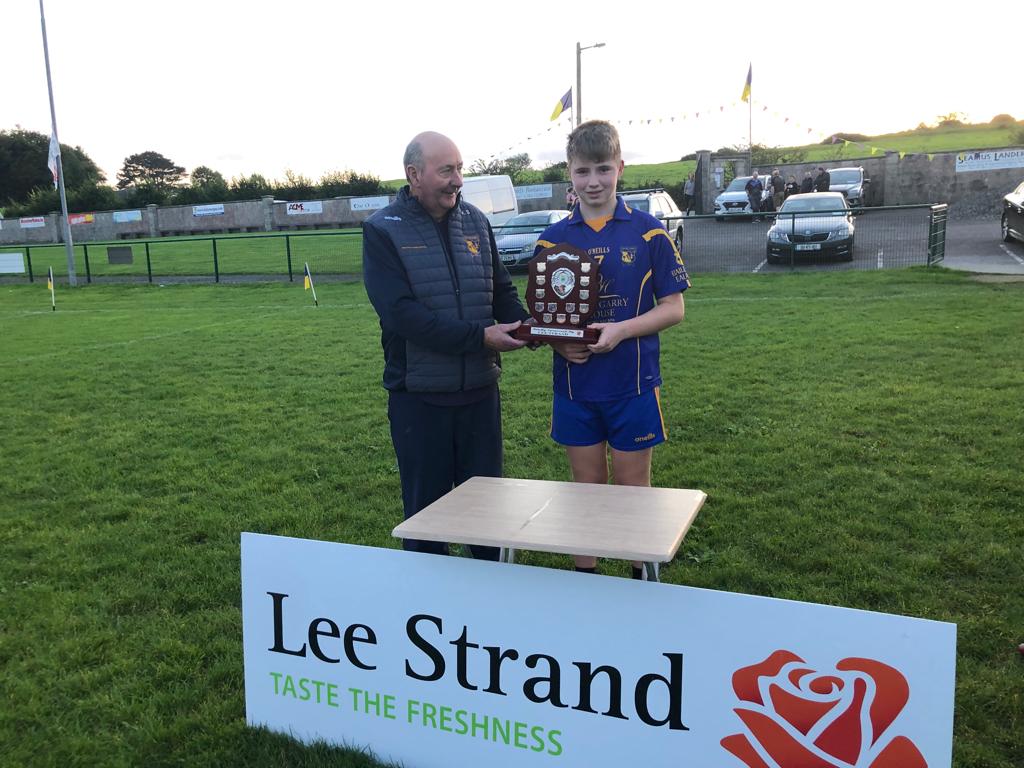 The Three Ballymac U13 panellists who helped out the u15s during the year and got special mention in Captains speech. 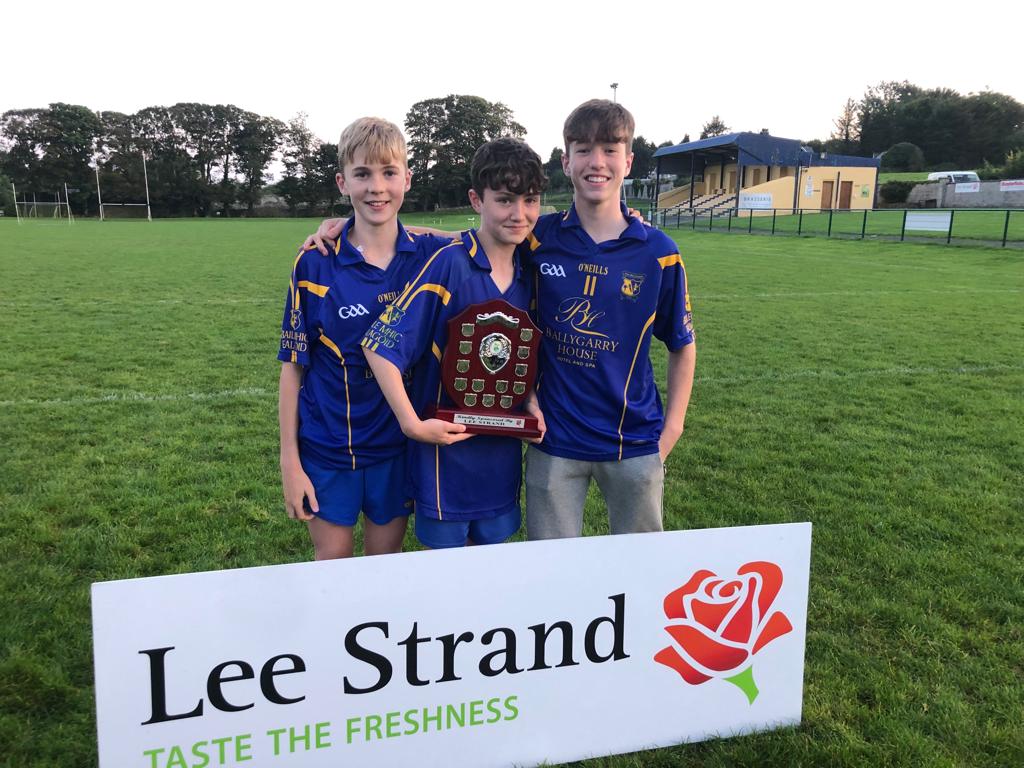